"Writers should not make TO DO lists"
– what?  Gasp!  This can’t be right.  I almost close the book that suggests this, but I have agreed with much of what the author has said to this point.  I’ll keep reading. 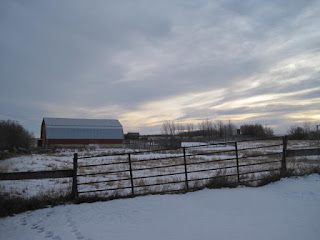 A bit of background; I believe in TO DO lists. I start my day by making a list.  TO DO lists can be wonderful for simple endeavors – laundry is laundry and if it is on my list then folding the last clean item and putting it in the drawer means I can cross laundry off my list.  Simple.  I use my lists for more complex goals as well.  And I monitor how well they work.  And they do work for me.  So I doubt that I will swear off them, but I read on.


“You can all but feel a whip being cracked at your rear, can’t you? (When faced with a To Do list) Instead, set yourself up with daily intentions…”


Hmmm, I think.  Are they not the same thing?  But as I read the different examples of a TO DO list and a list of intentions I begin to understand.  The difference lies in the intensity and achievability.  And there is a good point being made about the creative process.  Creativity does poorly in response to the pressure of hard and fast goals. The intention list serves as a friendly nudge in the right direction.


So, I am happy I can still use lists but I will switch to a kinder and gentler list of intentions to help me fill the empty page.
Posted by Liz Betz

The month of November, aka NaNoWrMo, is over.  Despite my ambitions, I didn’t write a novel.  However, I had some successes.  My final word total was 25,000.  Congratulations me.    I have paragraphs and chapters that reached the page!  I call these my daydreams that made good.   I have to also feel pleased that I kept at it, long after I knew the month long blitz had some major drawbacks.
For my readers that were also on the same trajectory, what about you?  What was your final word total?  Congratulations.  What else?  What accomplishments can you claim?


I always consider self-discovery a success.   I tested my belief that I would find it difficult to give up if I told people my plans.  This simple public accountability pushed me through more days of this month that I dreamt possible.  I didn’t want to explain to anyone that I gave up, but in the end, I found the only person that I really didn’t want to disappoint was me.  I said I would give this my effort for November and I did.
Problems got in the way; I didn’t have as much time as I thought I would.  I was unwell for several days.  This meant I had to modify my expectations; I wasn’t going to meet the word goals.  Then I became overwhelmed with the very idea of writing a novel, of handling all the story lines that I had begun.  I had to revise my goals again.  I would write what I could, perhaps a decent outline and several chapters; a more realistic goal.   I discovered the real challenge; to work through the problems.


So now I know that I rebel against word count goals, and forcing myself to produce.  That’s useful information.  Also I have mixed feelings about competing.  Plus, I know that this attempt at a novel never gave me the same buzz that I get from writing a short story.  That doesn’t mean it was wrong to try.  At the end of the month, I was convinced that novel writing was not for me, but since then I have come to question other aspects of my experience such as the pace of the contest.  Perhaps I will write a novel in the future.  I’m reserving judgement on this aspect, while happily returning to a short story project, with no timeline/deadline at all. 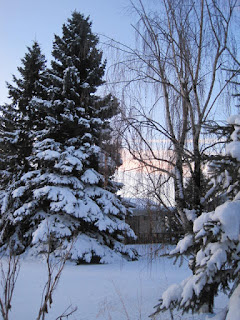 During this past month, I had breakthroughs.  I discovered a degree of dedication beyond my normal levels.   I found new pockets of time for writing.  I experimented with different approaches to the page.  Part of my preparations for November involved cue cards with writing prompts both familiar and new.  They were very useful.  I am sensing other ways to be more successful in the future.  It might be more helpful to my process to think of story arcs, or character development, instead of word goals.  Creativity is fluid, and while I can help by writing daily and other writer support habits, I can’t pressure myself.  I do best by approaching my writing with a sense of curiosity.
Are there story elements that came out of my November writing that I will take forward?  I’d like to think that certain characters are more real to me and are about to tell me their story, but I don’t know that.  In the meantime, I’m on a different project.  Perhaps some of my November writing will sneak into it.


So I and you might not have written a novel this month but this does not mean that the novel-in-a-month experiment has failed.  We write.  We learn.  We go on.

Liz Betz
The non-fiction food issue book that I've collaborated on with Barbie Gladue is complete. Weighing In is available through Amazon in print and as an eBook. Short stories continue to lure me into writing them. FYI Liz’s Lymphedema Logbook is a blogged book that will remain online to be a resource for lymphedema warriors.